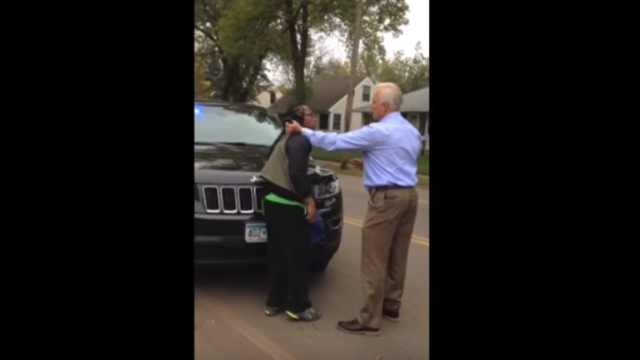 (Minneapolis, MN, 10/17/16) - The Minnesota chapter of the Council on American-Islamic Relations (CAIR-MN) today joined the Minneapolis NAACP in calling for an independent investigate of an incident in which an African-American man was arrested for walking in the street because a sidewalk was under construction.

Cell phone video of the arrest by a white police officer in Edina, Minn., has drawn widespread outrage. The woman who captured the incident on video said, "There was absolutely no reason for the officer to stop him from walking."

"We believe this humiliating incident would not have occurred had the individual targeted by the officer been white," said CAIR-MN Executive Director Jaylani Hussein. "This is an apparent case of 'walking while black' that should be investigated by an independent body."

CAIR has called for similar investigations of other incidents nationwide involving allegations of disparate treatment of African-Americans by law enforcement authorities.

We have 74 guests and no members online