Minnesota Muslims to Begin the month of Ramadan this week 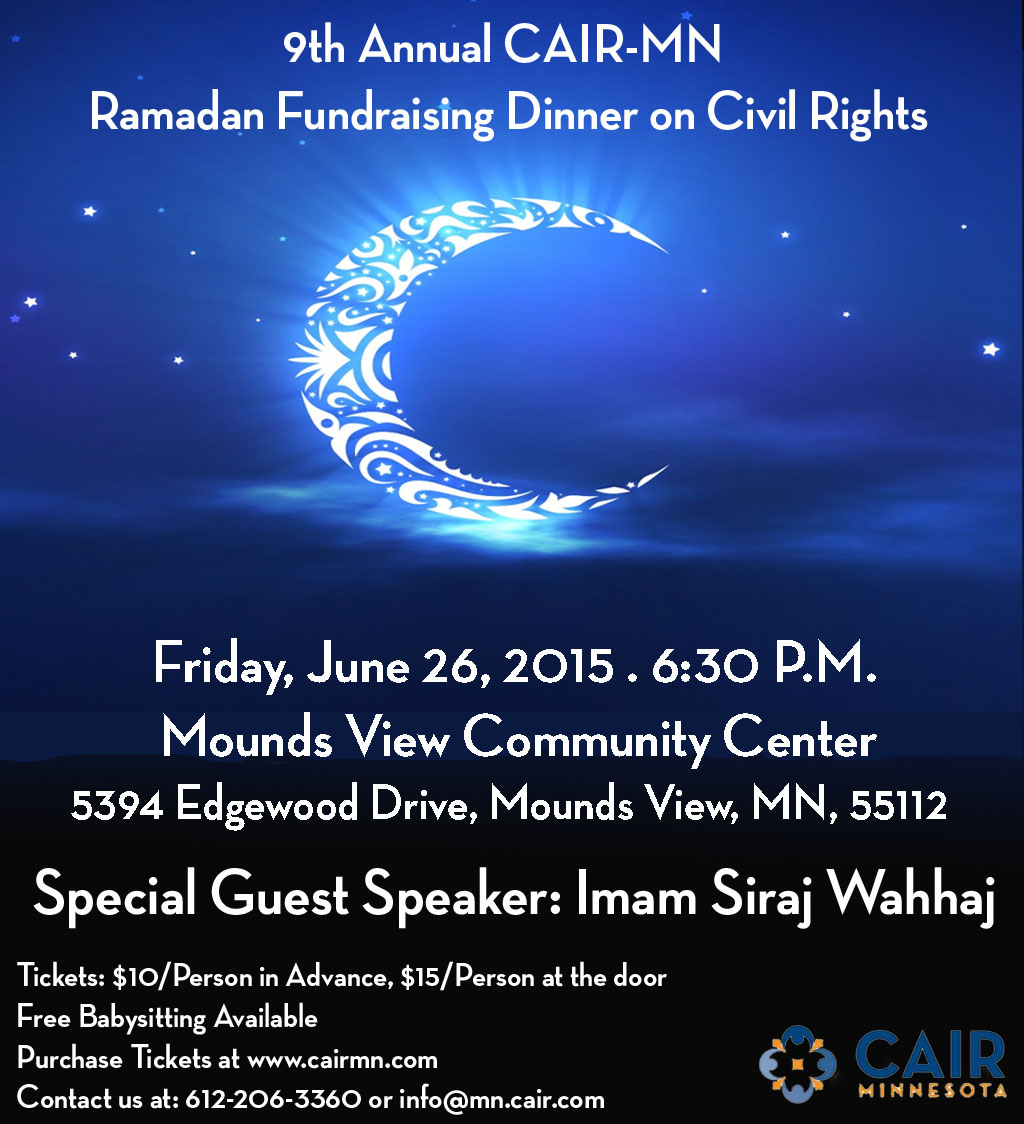 Minnesota Muslims to Begin the month of Ramadan this week.

(MINNEAPOLIS, MN, 6/16/15) - On June 18,* the Muslim community in Minnesota and around the world will begin the month-long fast of Ramadan (rom-a-don), the 9th month of the Islamic lunar calendar during which Muslims abstain from food, drink and other sensual pleasures from dawn to sunset.

Ramadan is the month on the Islamic lunar calendar during which Muslims abstain from food, drink and other sensual pleasures from break of dawn to sunset. The fast is performed to learn discipline, self-restraint and generosity, while obeying God's commandments. Fasting (along with the declaration of faith, daily prayers, charity, and pilgrimage to Mecca) is one of the "five pillars" of Islam.

The end of Ramadan will be marked by communal prayers called "Eid ul-Fitr," or Feast of the Fast-Breaking on or about July 17.

The fast is performed to exercise discipline, self-restraint and generosity, while obeying God's commandments. Fasting (along with the declaration of faith, daily prayers, charity, and pilgrimage to Mecca) is one of the "five pillars" of Islam.

Local mosques will host iftars (fast-breaking meal) on a daily basis, as well as other social activities. Mosques will also have special prayers, called taraweeh, after the daily nighttime prayer. In the last odd-numbered nights of Ramadan, Muslims mark Lailat ul-Qadr ("Night of Power" or "Night of Destiny").

Some Ramadan story coverage ideas for media include:

On Friday, June 26 at 6;30pm, CAIR-MN will hold its 9th Annual Ramadan Dinner on Civil Rights at the 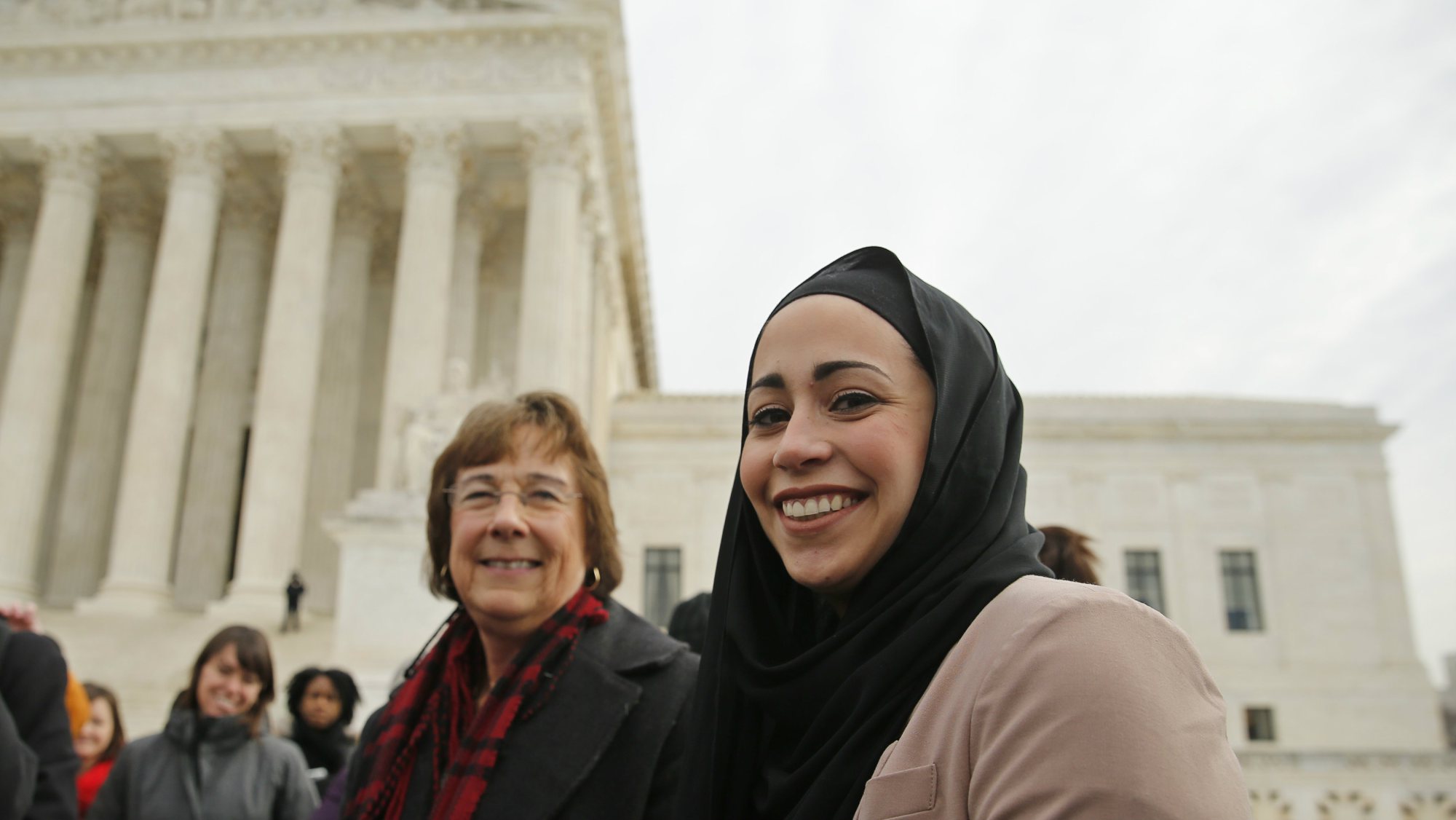 (MINNEAPOLIS, MN, 6/1/15) -- The Minnesota chapter of the Council on American-Islamic Relations (CAIR-MN) today welcomed what it called an "historic" a ruling by the U.S. Supreme Court in favor of a Muslim woman who sued Abercrombie & Fitch after she was denied a job because she wore an Islamic head scarf (hijab).

SEE: SCOTUS Rules Muslim Woman Should Not Have Been Denied Abercrombie & Fitch Job Over Head Covering

In an 8-1 vote, ruled in favor of the U.S. Equal Employment Opportunity Commission (EEOC), the federal agency that sued the company on behalf of Samantha Elauf. This case was originally brought to the EEOC on behalf of Elauf by CAIR's Oklahoma chapter in 2008 when she filed a complaint of discrimination with that office.

CAIR's national office filed an amicus ("friend of the court") brief in the case.

At issue was whether an employer can be liable under Title VII of the Civil Rights Act of 1964 for refusing to hire an applicant or discharging an employee based on a "religious observance and practice" only if the employer has actual knowledge that a religious accommodation was required and the employer's actual knowledge resulted from direct, explicit notice from the applicant or employee.

In its ruling, the court stated in part:

"[R]eligious practice is one of the protected characteristics that cannot be accorded disparate treatment and must be accommodated. . .Title VII does not demand mere neutrality with regard to religious practices - that they be treated no worse than other practices. Rather, it gives them favored treatment. . .Title VII requires otherwise-neutral policies to give way to the need for an accommodation."

"We welcome the Supreme Court's decision upholding religious liberty in workplaces," said CAIR MN Executive Director Jaylani Hussein. "The Court rightfully decided that job applicants need only prove that their need for a religious accommodation was a motivating factor in an employer's decision not to hire, which is a much more reasonable burden for an applicant to meet if he or she has been denied a job for which he/she is already qualified."

Hussein adds: "CAIR MN has historically settled a number of similar cases involving accommodations for religious dress." "This case will help ensure other job applicants who wear religious articles of clothing such as hijabs, skullcaps, or turbans will have a lower burden when they are establishing their need for a religious accommodation, and workplaces can become fairer for everyone."

We have 151 guests and no members online