If you have any issues at the Polls, please fill out this form.

We all need to address the disease of racism. We can start by speaking up about it. Key Muslim leaders from Minnesota community have spoken their minds. Let's take action and vote this election to fight racism. #CondemnRacism #GOTV

What you need to know about Election 2020 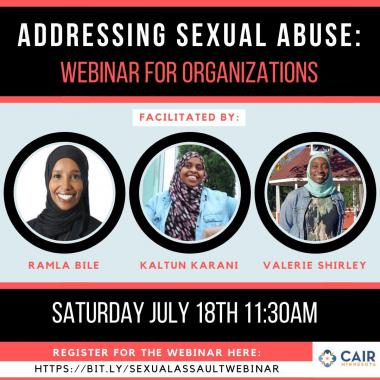 On Monday, July 6, Immigration and Customs Enforcement (ICE) issued a cruel modification to the rules affecting people in the U.S. on student visas. Because many colleges and universities have not finalized plans for the rest of the year, it is difficult to estimate how many students may be impacted. Below is general information about the student ban.

What You Need to Know About Trump’s New Student Ban

The Minnesota chapter of the Council on American-Islamic Relations (CAIR-Minnesota) called on the state's Republican Party leaders to repudiate a GOP lawmaker who falsely claimed that Antifa and Muslim organizations plan to “police Minneapolis under Muslim rule.”

We have 100 guests and no members online